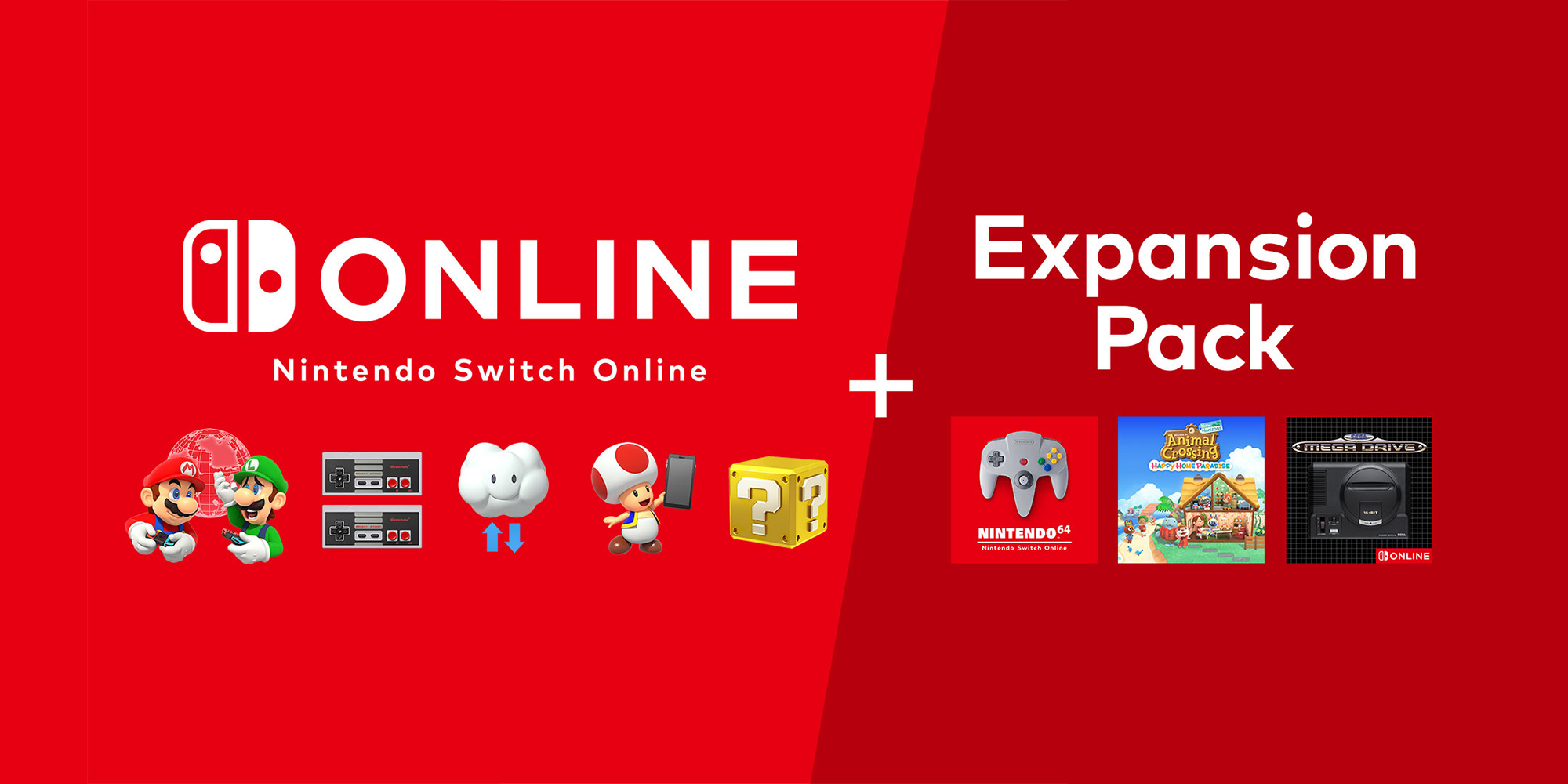 Update: this news article has been updated with new information about Nintendo Switch Online + Expansion Pack that has been announced since the original publication.

With this new membership, you’ll be able to continue enjoying all the current benefits offered by a Nintendo Switch Online membership, such as online play in a variety of Nintendo Switch titles and access to a growing library of classic NES and Super NES games, as well as some new benefits.

Let’s take a look at some of the new benefits that will be included with Nintendo Switch Online + Expansion Pack!

Play a selection of classic Nintendo 64 games on your Nintendo Switch!

With a Nintendo Switch Online + Expansion Pack membership, you’ll be able to play classic Nintendo 64 games like Super Mario 64 and The Legend of Zelda: Ocarina of Time on your Nintendo Switch. Certain titles, such as Mario Kart 64, will also support local and online multiplayer for up to four players.

The nine Nintendo 64 titles shown below will be available when the new membership launches on October 26th.

Paradise Planning needs you! Join Lottie and her team on a distant resort archipelago and help turn the dream vacation homes of your favourite Animal Crossing characters into a reality. Get creative with new furniture and design options, then share your ideas with players all over the world!

You can play Animal Crossing: New Horizons – Happy Home Paradise with a Nintendo Switch Online + Expansion Pack membership or by purchasing this downloadable content separately*. For more information, including differences between purchasing the DLC separately or playing it as part of your membership, please visit the Animal Crossing: New Horizons gamepage.

Play a selection of classic SEGA Mega Drive games on your Nintendo Switch!

In addition to Nintendo 64 games, members will be able to enjoy a growing library of SEGA Mega Drive games, too! The 14 games shown below will be available when the new membership launches, with more titles coming later on.