How about the NFC (near-field communication)22 that came in partway through? 22 This is a system that writes and reads data to and from an NFC-compatible card or other item held nearby.

To be honest, it’s not just about NFC, but we never expected the Wii U GamePad to have so many functions.

There are a lot.

We were supposed to be making a controller, but it has all the functions of a handheld!

Yes. And they all run wirelessly. We had to develop software for a lot of things – NFC, the TV CONTROL Button23, and the geomagnetic sensor24. It was a lot of work! However, with regard to NFC, when we saw your announcement25, Iwata-san, we were shocked. We thought, “What?! He’s announcing that?!” (laughs) 23 This is a feature of the Wii U GamePad that allows it to serve as a remote for your home television. 24 An internal sensor within the Wii U GamePad that detects geomagnetic direction. The Wii U GamePad also has an accelerometer and gyroscope. 25 On January 27, 2012, Satoru Iwata made an announcement about the new features of Wii U at a corporate strategy meeting.

Is that so? Sorry about that! (laughs)

The response was quite large, so we were glad, but development hadn’t caught up yet, so all we could say to any questions was to please wait for more news, so I did feel sorry about that.

It has reached the point where we are going to introduce it to the world soon. I’d like to hear from each of you how it has turned out and what its attractions are. Yamashita-san?

Unless when necessary, on many occasions we sent the wireless radio waves by wire in order to avoid interference during development of the Wii U GamePad. But when I tried it wirelessly during a field test at home, I was surprised to rediscover that such beautiful graphics showed up even when not connected by cable. 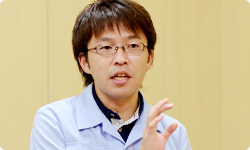 Even though you made it? (laughs)

Yes. (laughs) Even I was surprised at how it was wireless. So I think people will be surprised at even such a basic function of the system as how the rich graphics rendered by the console show up in your hands wirelessly on the Wii U GamePad.

Okay. How about you, Ito-san?

I think the tech-savvy will be shocked at the lack of latency. Small children aren’t familiar with the mechanics, but they will notice how effortlessly it operates, as if the Wii U GamePad itself is generating the images. 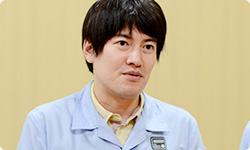 I suppose it’s like you won’t even notice that it’s connected to the console until you go into a different room.

Yes. That would be a new, unexpected surprise. It’s packed full of surprising elements – you get rich graphics wirelessly, you can connect to the Internet, and you can use all kinds of functions like the camera – so I would be happy if people enjoy those things. All the Wii U GamePad functionality requires use with the Wii U console.

The Wii U GamePad displays so quickly, and because many of the newer televisions have latency due to their video processing components, that there are times when the Wii U GamePad will display images faster than the television that is actually connected by a cable. So if you play on the Wii U GamePad, whatever the game, there won’t be any noticeable delay and you can operate it more comfortably.

Your perseverance towards beating the television has come this far! (laughs)

Yes! Our perseverance has finally come to fruition! (laughs)

I mostly feel the same way as Ito-san, but everyone from people who game all the time to small children and the elderly can use the Wii U GamePad to play all kinds of games, from games with rich graphics to fighting games and games like Wii Sports26. In that respect, I think Nintendo truly has created something that anyone can play. 26 A sports game released for Wii in December 2006. 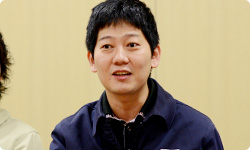 "The design concept for the Wii U GamePad is that of a controller – it's unlike any other pad-like device – and our pride, or the feelings of Nintendo, are packed into it, so I hope people will try it out. 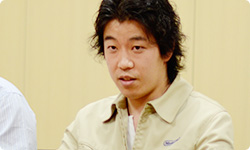 In other words, “If you’re going to game, do it on this!”

Absolutely. I really want people to play games on it. We can vouch that it is fun to play on, so we’re confident about it!

I suppose it comes down to what is new about it as a gaming machine, so I want people to notice how it has all the functions that a portable game device does but controllers usually don’t. By putting everything in, the question is how it will change the home video game experience. First, watching the television while also looking at a screen in your hands is a completely new experience, and it offers two viewpoints to the player. Having two viewpoints makes gaming completely new and I think it will allow for possibilities of new ways to play, so I can’t wait to play games that make good use of that. 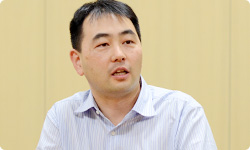 And then there is the camera. The first time that something captured on camera showed up on the screen wirelessly, I was surprised, like, “Wow, this is so much fun.” While some handheld game systems do come with a camera, when it comes to home videogame consoles, most instances involve selling the camera later, and with wires. So I thought it was great for that to be on the controller and movable without any wires, and I think that would be a completely new input method for games. It really was hard, though! (laughs)

It would not have been so much trouble if you could have used an IC just for wireless transmission of camera signals. We basically added the capability to send video data from the camera onto the existing wireless communication IC for sending game visuals. I was expecting there would be difficulties associated with that direction at a fundamental level, and when I saw the time it was taking to make the camera run well, I was thinking about how hard you must have been working! (laughs)

At the beginning of development, we thought the schedule was going to be tight, and we abandoned the camera for a while. But then talk of at least being able to manage still images or at least 5 frames per second (fps) started bubbling up, and eventually that became a desire for 30fps, so the camera returned right away. (laughs)

The camera feature crept back in as if it were circling around trying to be put back in.

Until E3 last year, we had been at a loss, but then we pounded it out last year from summer to autumn and when it worked, we were thrilled, like, “Wow! It’s running!”

The camera has to perform compression and decompression twice to perform a wireless transmission. That traces quite a long path, but you hardly notice any delay.

Right. It may feel as if what you have taken with the Wii U GamePad is simply displaying on the LCD, but actually it goes to the Wii U console, gets processed, and comes back. Nonetheless, it’s made so you hardly feel any delay.

The same thing goes for the touch screen. When you draw something, the touch input data you entered on the Wii U GamePad goes to the console and then returns as images after processing. But in the end, I think it feels really nice.

People with a little technological knowledge will now be able to understand a little more deeply the value of what this team has done. At the present stage, I sense two sides to the Wii U GamePad. One is that this is the first home videogame console that allows one person to play videogames while someone else watches television. The other is how the television becomes even more attractive when you use the television and Wii U GamePad as a set. It only became that way, however, after the incredibly gritty and persistent hard work of the people who made the Wii U GamePad. It’s interesting how a single genius didn’t solve all the problems, which makes for renewed and deeper understanding of Takeda-san’s statement, “In the end, it comes down to guts!”

In the end, it really was about guts. (laughs)

Thank you for today. 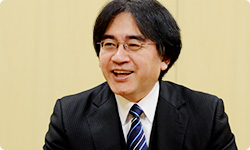