2. A Battle of True Believers

Did something happen to make you switch from playing video games to wanting to make them?

Like so many others, at first I was just having a good time playing and was completely unaware that people were actually making them.

Then there was a conversation in Family Computer Magazine9 between Shigeru Miyamoto-san and Xevious10 creator Masanobu Endo-san. I read that, and that was when I first learned about game designers.9. Family Computer Magazine: An information magazine in Japan focusing on the Famicom. It was sold by Tokumashoten Intermedia Inc. from 1985 to 1996.10. Xevious: A shooting game released as an arcade game by Namco Limited (now Namco Bandai Games Inc.) in 1983. Versions appeared for a variety of consoles, including the NES.

I think that was about the time that the occupation of game designer was being established. In the early days of video games, engineers were making video games. And that’s when you first thought you wanted to make games in the future.

Yes. Because of that, from around junior high I would write things in essays that I wanted to be a game designer when I grew up. But I don’t think I had thought about how I would do that, though. (laughs)

You knew you wanted to make video games, but before there was the Internet, there was no way for a junior high student to look up how to achieve that. And there were no previous examples.

You know, I don’t think I ever worked specifically toward becoming a game designer. In high school, for example, I bought an NEC PC-880111 so I could study programming, but all I did was play video games every day.11. NEC PC-8801: An 8-bit personal computer released in Japan by Nippon Electric Company in 1981.

I did a little BASIC12, but I’m no good at steadily pecking away at anything, so I thought it was beyond me and gave up right away. So instead of working hard toward my goal, I… Uh, is it okay to be so uninspiring?12. BASIC: A standard programming language.

Please, continue. (laughs) In any case, you have played a lot of video games!

That’s right! I’ve never forgotten about them! Video games were the core of my life. I steeped myself in video games throughout junior high and high school and talked about nothing else with my friends.

Those friends were part of what led to who you are today.

Yes, that’s right. Without a doubt.

I think it was like when members of a comedy duo find each other. When I made something, he responded. That’s how I found my first customer and awakened to the joy of making something. I often think how I would have never made video games if it weren’t for that experience. So it was significant that you had someone to talk about video games with, even if they were in a different field. 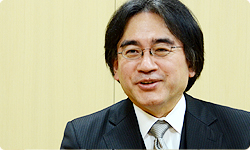 I had a Master System too, but I had been a Famicom fanatic before that, so we debated video games every day. It was a battle of true fanboys, like “The Famicom is great this way” and “No, the SEGA Master System is better.”

A battle of true fanboys! (laughs)

Yes. And the flames spread to computers. I had an NEC PC-8801, but he was into MSX15.15. MSX: A name for common standards for 8- and 16-bit personal computers presented in Japan by Microsoft and ASCII Corporation in 1983. Personal computers based on MSX specifications were released by multiple manufacturers.

Everyone wanted to think that what they owned was the best, so once the battle started, there was no giving in. Later, however, I’d go to his house and we’d have a good time playing together.

That way, your perspective on games broadens.

And then Takagi… Oh, Takagi is the name of the other guy.

Takagi was always working his part-time job, so for a high-school boy, he had money and bought a bunch of systems.

He spent like an adult even though he was still in high school.

Yeah. He and his money put him on a completely different level than us. He would kind of just laugh to himself as Nagasawa and I argued about the Famicom and Master System.

(laughs) What an interesting group you were!

He bought a Sharp X68000 even though he was in high school?!

Yes. We were both stunned silent.

I would think so! (laughs) When it came to playing video games on personal computers back then, that machine far outshone other models.

I myself bought software for it and went to his house and asked to play it. I was oriented toward arcade games, but Takagi, regardless of having bought a Sharp X68000, preferred to buy games that were made for the console.

Even though many arcade games were available for the Sharp X68000.

Right. The Sharp X68000 came bundled with Gradius18, so I said, “Why don’t you play arcade games?” That’s how I spent high school.18. Gradius: A shooting arcade game released by Konami Corporation in 1985. Later, versions appeared for a variety of platforms. In order to promote the computer’s features, the Sharp X68000 came packaged with a version of the game that was technologically near-equal to the original.

You certainly were immersed in video games in high school.

Yes. To be honest, I studied so little in junior high that I failed my high school entrance exam. I went to a preparatory school, which was the year I played video games the most. Both the junior high and high school were in the suburbs, but the prep school was right in front of the station. So going to prep school every day meant stopping by the arcade every day.

Whether at home or outside, I had the opportunity to play games every day. I had a deep relationship with video games as an integral part of my life.