So you spent a year going through that process of trial and error together with‘Tofu-kun’. What was the greatest difficulty you faced during that period?

Yes, it was ‘Gathering’.

(said with conviction) That was a real... pain!

As we tried to come up with a new battle system for The Last Story, our keywords were ‘order’ and ‘chaos’. The central concept was that by imposing order on the chaos of the battlefield, you would achieve victory.

So the side that managed to impose order would be the victors.

Right. But that isn’t enough in itself. If your opponent has achieved order, you have to disrupt and unbalance them, and attempt to drag them down into chaos. But it turns out that this is really difficult to achieve.

So you have to maintain order on your side, while trying to make it so any order your enemy has collapses into chaos.

That’s right. The hero, Zael, has a power called ‘Gathering’ which gives him some degree of control over order and chaos. By using ‘Gathering’, it will grab the attention of all the enemies, meaning that Zael can charge around the battlefield, pulling the enemy out of position. But we just couldn’t get it to work. It just caused a great deal of disorder on the battlefield, which didn’t work to anyone’s advantage. We were concerned that using ‘Gathering’ might actually result in you losing the battle. 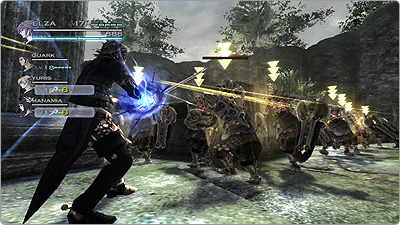 Yes, precisely. The period of trial and error ended up going on for a really long time. But throughout that period, I kept the central concept in mind. The idea of bringing about order was a really appealing one, and I repeated it countless times to the team. The problem was that once I’d said it, I couldn’t then go and quietly drop the idea without everyone noticing... (laughs)

Partway through the process, I started to think that maybe I’d been wrong all along when I’d said that ‘Gathering’ symbolised order.

That’s why we took a step back from that concept partway through. We didn’t want to be overly constrained by ‘Gathering’, and wanted to take it back to basics to see how we could best utilise this idea in an interesting way.

We really had a tough time with it.

The biggest challenge we faced was the need to adjust the strength of ‘Gathering’ according to the enemies you were facing, or the situation on the battlefield. For example, one of your companions might be a wizard, and casts a spell during a battle. While he’s casting the spell, enemies might swarm round him. If Zael uses ‘Gathering’, he can then act as a decoy, drawing all of the enemies’ attention to him. But then we have to decide at which point the enemies should turn their attention back to the wizard once again. One enemy might sense danger and look at the wizard, while another might keep their gaze fixed on Zael.

The point is that we wanted to adjust the way that enemies responded to ‘Gathering’ depending on the specific battle situation.

We went to the trouble of varying enemies’ formation and tactics for each battle, so it would have been a real shame if ‘Gathering’ had exactly the same effect each and every time. That’s why we ended up taking a systematic, unified approach to ‘Gathering’, but then doing a lot of work to adjust its range, and so on. 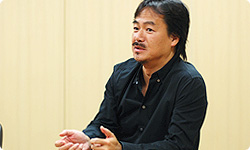 The ‘Gathering’ system works in broadly the same way throughout the game. But without the adjustments you made to the parameters to suit each individual case, it wouldn’t have functioned in the way you’d initially envisaged. Did you continue making these adjustments even after you graduated from ‘Tofu-kun’ to the game’s real graphics?

Were you satisfied in the end that you’d managed to make it so ‘Gathering’ brought about order on the battlefield?

We were. there’s a gameplay element called ‘surrounded’ where enemies swarm around you and really lay into you, and unless you do something you’ll be in trouble. We’ve made it so the first use the player has for ‘Gathering’ is to help them escape this kind of situation.

And then you can use it to help your companions out of a fix, letting you savour that sense of being a hero. By using ‘Gathering’, you take a gamble, and you have to work out a way to escape from the enemies that head towards you. This is a large part of the fun of using it.

It goes without saying that you can defeat your enemies without using ‘Gathering’. You also have a companion who has a skill with a similar effect, so they can also help you out by drawing enemies towards them.

So what you mean is that there is more than one tactic you can adopt, and you’ve given players the space to choose the approach that works for them.

Right. And this allows you to develop your own way of playing this game.

Did each member of the dev team have their own way of playing?

Yes, they did. There was a real divide between those who would defend during battles, and those who didn’t. There are those who defend themselves while using ‘Gathering’ in order to assess the enemy, and then there are those who just charge in. I tend to take a more considered approach, so I’ll use guard. This lets you make a cool-headed assessment of the battlefield. So basically, I’m focused on protecting myself at all times! (laughs) 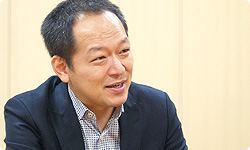 That’s right. Matsumoto-san was in charge of making the tutorial for the game, and it keeps advising you to always protect yourself. (laughs)

So as the creator of the game, you recommend protecting yourself, taking a step back and assessing the situation, giving you more options for how to approach the fight.

That’s right. To compare it to a football game, it’s like taking a bird’s eye view so you can enjoy seeing how the match is unfolding. But naturally you’re not restricted to any one style of playing, so if you prefer not to use guard, that’s also fine.

Well, when you’ve got your opponents on the back foot, it feels much better to get all of your company to attack. I think it’s best to gauge the situation and guard when it’s required. Also, though we didn’t end up including it in the final version, there was a ‘replay’ function, wasn’t there?

Ah, yes... It took a lot of effort to get that working. That system was born out of a certain sense of honour or justice...

Right, I’d agree with that. With the replay system, there were a few seconds of footage that were automatically recorded which you could rewind and watch again. In the heat of battle, it can be chaotic, and it can sometimes be impossible to make out who has managed to hit who. By replaying the scene with a bird’s-eye view, you could give due credit to the character who had landed a hit on the enemy. But in fact, rewinding disrupted the tempo of the battle, so while it really hurt to do so, we decided to abandon it entirely. As a way of compensating for this, we made it so the action pauses for a moment when you input a command, letting you see the battlefield from above. This was something that was left over from the replay feature.

So this was a feature that survived in the game, and that had originated in a process of trial and error.

There were features like that, but I’d say that most system features were added afterwards. If you made a suggestion to the programmers, they would be able to implement it really quickly.

So what kind of new system features did you add during the development process? 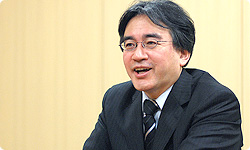 I’d say the most significant one was the feature that allowed you to scale walls. When we initially created the dungeons, we hadn’t yet included this feature, but we subsequently went back and reworked the dungeons to allow this feature to be used.

That’s right. When we came up with a new system element, we would have to go back and rework the stages we had made initially accordingly. I was aware that I was making a lot of demands of the team. And then there was the addition of the automatic attack. That was a major task. This enabled you to automatically launch an attack by pointing the control stick towards the enemy as you approached them. Adopting that system allowed you to put some distance between you and your enemies, and let you get a better overall picture of how things are unfolding on the battlefield.

You can select your preferred attack method from the menu. Selecting ‘Normal’ enables automatic attacks, while selecting ‘Manual’ means you control attacks yourself via the buttons. It was a real challenge to get the right balance between automatic attacks and manual attacks. Manual attacks allows you to keep pressing the buttons, making it easier to unleash combo attacks than with automatic attacks, which can give a distinct advantage and spoil the game balance. We didn’t want to make it so switching to manual attacks made it easy to win battles. This was something we were still tweaking right up to the end.