Today I have asked for staff members from the Tokyo Software Development Department, who worked on Super Mario 3D Land to be here today. Thank you for coming.

We’re pleased to be here.

I heard development entailed quite some challenges. First, would you please introduce yourselves?

I’m Hayashida from the Tokyo Software Development Department. I was the director, and the one who brought up this project. Playing video games in 3D has been a dream of mine since I was a child, so I wanted to make a 3D Mario no matter what. 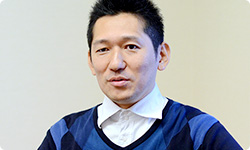 It was your ambition.

Yes! (laughs) I created a lot of the specs and adjusted the overall game.

I’m Motokura, also from the Tokyo Software Development Department. I was design leader. I was in charge of a variety of things, including design coordination, designing Mario’s movement, demo designs, and determining the broad story. 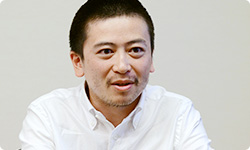 I’m Sugawara, also from the Tokyo Software Development Department. I was programme leader and also worked on programming enemies like Bowser and Goombas. 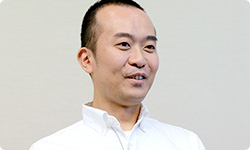 I’m Tsujimura from the Tokyo Software Development Department. As planning leader, I coordinated the planning team and helped serve as a bridge between drawing ideas from the team members and reflecting them in the product. 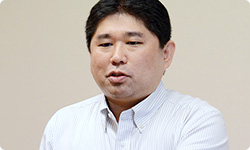 The keyword this time was “reset”. 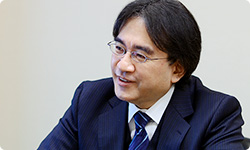 That’s right. I thought we should rethink the rules from the ground up.

Even 3D Super Mario can be reset.

Oh, come to think of it, was this your first work on a game for a handheld system?

Yes, it was. So there was a lot I didn’t understand. For example, you can walk around with a handheld system, so some people can play on the train when they commute. I live a few stations away from the station next to the company’s, so at first I thought I should aim for light courses that you could clear in about that time and stop playing whenever you got off the train.

That’s a big difference with the Super Mario Galaxy series.

Yes. To me, Super Mario Galaxy 2 is like the Manchu Han Imperial Feast. (Editor’s Note: Manchu Han Imperial Feast refers to one of the grandest feasts in Chinese cuisine history, a multi-course dinner, which is continuously served to the guests for two or three days in a row. Mr. Hayashida is figuratively using this term to describe something with great volume that is luxurious in both quality and quantity.)

It’s the kind of game that says, “There’s all this laid out before you, so eat whatever you want!” To eat it all takes hours, so when you finish eating, your stomach is full. We put in everything that had built up since Super Mario Sunshine to make Super Mario Galaxy 2 a game with everything.

You put in more each time and it rapidly grew until it was a luxurious item. But that raised the question of whether that was really alright for all the players.

Yes. So this time, I wanted to make a compact game that, rather than the Manchu Han Imperial Feast, was lighter, like a hamburger you could just gobble down. I decided to start thinking from there.

You wanted to make a game appropriate for a handheld system.