Inaba-san, what was Irem making when you were there?

Before release, you actually place the game in a video arcade to see how people react.

The first time I saw people in a location test actually playing a game that I worked on, I was moved to tears. Right before my eyes, complete strangers were enjoying the game I had made. And if someone left looking like they were bored, I was depressed to tears! (laughs)

But the next time someone puts in a coin, you’re on cloud nine. (laughs)

I want to shake their hand! (laughs)

You want to run right up and shake their hand! (laughs)

Absolutely. That experience was when I realised the importance of valuing the players.

You were young when you had that experience.

Yes. Recently, we’ve become an Internet society, so you can get all kinds of opinions, but in the arcade age, we had raw experiences like that, so we feel from the bottom of our heart that making games is work directly related to the players.

On the Internet, you can see words that people have consciously formulated, but in an arcade location test, you received all kinds of responses, including some that the players themselves were not even aware of.

That kind of unconscious movement or response is incredibly valuable feedback.

Yes. We were aware of the player’s every move and thought about it all in relation to the game. That’s why I’m so glad that I got my start with arcade games. And back then, you could get your hands into everything, even the insides of the hardware, so I felt like I was in control of everything.

You knew everything, including the hardware.

Back then, if you didn’t know the whole machine, you couldn’t make a game. Now, when it comes to home consoles, it’s almost impossible to understand it all, but I was very fortunate back then in that you could understand the whole structure in developing a game. Later on, the company’s game business shrunk and I spent some time at a different game company, but then Capcom started recruiting developers for Resident Evil16.16. Resident Evil: A horror, action-adventure game directed by Shinji Mikami and released by Capcom in August 1996. 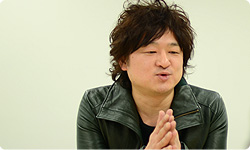 No, it was after Resident Evil 2 was released.

After the second one came out. Capcom tried to make something even bigger, but they didn’t have enough people.

I applied and went for an interview. They said that I might be assigned a project other than Resident Evil and asked if that would be all right. Of course, if you want the job, you say, “I’ll work hard with whatever team I’m assigned,” but I said, “No.”

I really wanted to work on Resident Evil pretty badly, so I said, “I don’t want to be on any other team.”

But you haven’t worked on it even once.

Yeah! (laughs wryly) What with one thing and another, I was never on the Resident Evil team. I entered Capcom and worked as a programmer at first. But one time, they decided to reconsider the whole internal organisation of the company and everyone’s placement changed. At that time, Shinji Mikami-san17 who was my boss at the time suddenly asked if I wanted to try being a producer. I had thought for quite some time that I wanted to oversee a whole project.17. Shinji Mikami: Former Department Manager, Development Department 4 at Capcom. He directed and produced the Resident Evil series until the fourth instalment. At present, he is the Executive Producer at the game planning and development studio Tango Gameworks.

How many years had passed since you started working there?

I think about two whole years since I joined Capcom.

Even if you consider your previous work experience, it wasn’t a very long career.

No, I think it was an unusual appointment.

You were very young and, candidly, didn’t have many years of experience, so why do you think it was that you were given such an important responsibility as being a producer?

I think it’s partially my personality. I’m very direct in what I say. When I want to do something – like at that interview – and I think, “I want to do this,” I can’t hold myself back. I think that causes Minami-san some trouble and consternation even now! (laughs)

So when I’m dissatisfied with development, I start saying, “I want to be the leader!”

You’re the type to speak up and move on your own.

Yes, that’s right. As a company, Capcom had a corporate spirit that welcomed such assertive people, so I was very lucky.

Sort of like, “The nail that sticks up gets drawn out further.” 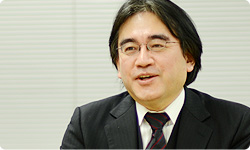 Yeah. And my personality hasn’t changed since then. But I think that being so direct, especially when so young, meant I was a pretty rude person.

I was that way not just with people inside the company, but also people outside. I couldn’t take the edge off, but when I said something, then I had to do it.

You had to live up to your talk.

I remember clearly when Inaba-san became a producer. His boss, Mikami-san, brought in him and Hiroyuki Kobayashi-san18, who’s still active at Capcom, and said, “I’m making these two producers.” That was the first time we met.18. Hiroyuki Kobayashi: Producer, Capcom. His representative works include the Resident Evil, Dino Crisis and Sengoku Basara series. 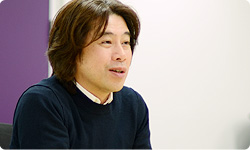 Yes, it was. In my time at Capcom, I hardly ever worked together with Minami-san. I did consult him on a lot of things, though.

Minami-san, the first time we met, you sized me up, didn’t you? (laughs)

We talked about all sorts of things. My impression of you was like, “Who are these two upstarts?!” (laughs)

And that hasn’t changed! (laughs)

And we met for the first time not long after that.

That’s right. I was working on the Resident Evil Zero20 game, so I visited Nintendo along with him and talked about lots of things.20. Resident Evil Zero: A survival horror game released by Capcom for the Nintendo GameCube system in March 2003.

We’ve all known each other over 12 years!

Oh, has it been that long?