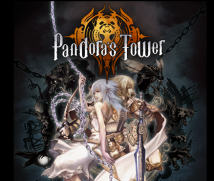 I am joined today by representatives from Ganbarion1, who were in charge of developing Pandora’s Tower2, along with the Nintendo staff who oversaw the project. Could I start by asking each of you to briefly introduce yourself? 1GANBARION Co., Ltd. is a game software developer based in Fukuoka in Japan. Chikako Yamakura is the representative director of the company. 2Pandora’s Tower is an action RPG released for Wii in Japan on 26th May 2011.

My name is Chikako Yamakura and I am the representative director of Ganbarion. I was the producer on this project, and had responsibility for planning, in addition to the game’s concept and scenario. 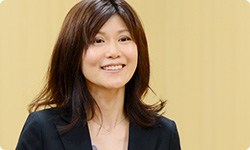 My name is Toru Haga, and I work at Ganbarion. I worked as a director for the duration of this project.

My name is Hirofumi Irie and I work at Ganbarion. I was the director for the initial pilot version of the game. When work began on the full version, I was responsible for effects. I worked again as a director during the final stages of the project. 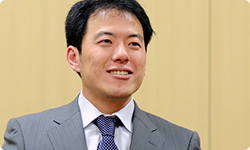 My name is Takao Nakano and I work in the Software Planning and Development (SPD) department at Nintendo. I worked on this project as director for Nintendo. I worked alongside Ganbarion in determining the game’s features and the direction it would take. At the end of the project, I also took responsibility for playing the game a lot and making all sorts of complaints. (laughs) 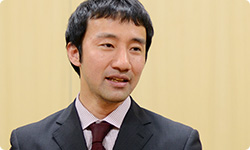 My name is Yamagami, and I also work at SPD. I was the producer on this project. 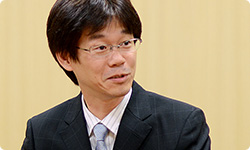 Thank you all very much. Now, Nintendo’s relationship with Ganbarion dates back to when we made Jump Super Stars 3. Yamakura-san, could you tell me more about how that came about? 3Jump Super Stars was a fighting game released exclusively in Japan in August 2005 for Nintendo DS.

It was back in 2004, which is seven years ago now. Yamagami-san got in touch with me and said he wanted to meet me. I wondered at first why someone from SPD would want to see me.

In 2004, the Software Planning and Development department had only just been created. So I think that when Yamagami-san contacted Ganbarion, it was right after the department itself had got off the ground.

Oh, I didn’t know about that.. In any case, when we heard that someone from Nintendo was coming to call, we got rather excited. There were three of us who were going to attend the meeting: myself, Hoga, and Yoshida, who is one of our executives. Hoga and I went to meet our visitors wearing Mario and Zelda T-shirts! (laughs)

Well, we wanted to welcome them with our very best hospitality. (laughs)

We did talk about whether we might be trying too hard.

No, we were wearing them with pride! Yoshida was giving us some slightly dubious looks though. (laughs) Then about twenty minutes after the meeting got started, Yamagami-san said to us: ‘We’ve actually got this project, something we want to do with Jump4.

So he just came out with this suddenly?

Were you not left wondering just what kind of people these were, making requests of you twenty minutes after meeting you for the first time?

Yes, I did wonder. (laughs) After the meeting we assembled all of our staff and told them: ‘There’s been a major proposal. What shall we do?’ We discussed it until late at night.

Do you remember how all this came about, Yamagami-san?

I do indeed. I hadn’t actually intended to broach the subject of this project at my initial meeting with Ganbarion. But as I spoke to them, the conversation kept making these incredible leaps, and I saw how knowledgeable they were about Shueisha’s Jump and sensed their deep affection for the characters. That’s when I decided to get straight to the point.

I remember being taken aback by how rapidly things had progressed during the discussion. Well, it’s serendipity - sometimes you just find the right people at the right time. When the plan for the Jump project was first raised, I remember speaking with Yamagami-san about it. We agreed that it would have to be made by someone who loved the original manga. Then twenty minutes into his meeting with Ganbarion, Yamagami-san felt confident that we had found the right people. Editor’s note: in the game, a wide variety characters from various different manga come together.

Still, Ganbarion didn’t agree to it right away. I remember returning from that meeting thinking: ‘Maybe I shouldn’t have laid all my cards on the table like that’.

They’d had no idea that Nintendo were planning something like this.

I worried about it a lot, wondering if this was a project we could agree to undertake just like that.

Just looking at the plans, I could tell by how fun it looked that it was bound to be a success. But at the same time, I could picture how tough it was going to be to actually put it together. Still, it was the biggest project we had ever been offered, and we felt as if fate had guided the two companies to come together. So we decided that very night that we were going to do it.

Ganbarion was a company that had a track record in taking characters from manga and successfully putting them in action games. How did you first come to be involved in that type of game? 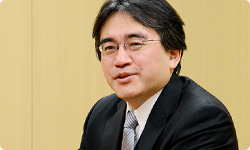 It was One Piece5 that got things started. I had read it in Jump and thought that it was really fun, so I went round telling everyone how great it was. Somehow, a producer at Bandai, now NAMCO BANDAI Games6, got wind of this. It turns out that right at that time, they were looking for a company to make a One Piece game. So they got in touch and said: ‘Yamakura-san, we hear you’re a fan of One Piece. How would you like to have a go at making the game?’ 5 One Piece is a series by Eiichiro Oda that has appeared in Weekly Shonen Jump since 1997. 6 NAMCO BANDAI Games Inc. is a Japanese games manufacturer with headquarters in Shinagawa, Tokyo.

So you went round telling everyone how much you liked One Piece, and someone passed on this information. It’s funny how things work out, isn’t it? Am I right in thinking that One Piece was the first action game you developed?

In fact, I had worked on action and shooting games for another company before setting up Ganbarion. But I only worked there for about three years, so I didn’t yet have a clear sense of whether or not I was cut out for that type of game.

So you set up Ganbarion when you were still something of a newcomer to the industry?

I must have been about 24. At my previous company, I’d been involved in working with characters from existing franchises, so I felt comfortable with that type of game.

When you play a game, you can just tell whether the person who made it had an affinity for the original.

You really want to get it all in there, all the detail. You’ll be reading the comic and you’ll come across the real essence of it, and you’ll discuss with the others how you’re going to work that into the game. That tends to be how those games are made, and it leads to a game that’s brimming with detail.

So the original One Piece project came about quite soon after Ganbarion was set up.

That’s right. Our first title was One Piece. We’ve been making those titles for twelve years now. It’s just coming up to thirteen years, in fact.

How many titles have you made so far?

The next one will be our ninth.

Wii has a system that allows you to recommend games7, which means you can tell how satisfied people who’ve played the game are with it. Games that are highly-recommended are ranked, and include two One Piece titles8. When it comes to games based on manga, no matter how well-made that game might be, if fans of the original sense that it isn’t really One Piece, there’s no way that the game could get a high rating. So the fact that your games appear in this ranking is not just a question of the game being fun, but it also shows that there has been a lot of attention paid to keeping it faithful to the original manga. 7 One of the features on the Nintendo Channel allows players to rate games they have played. High-ranking games are tagged as Platinum, Gold, Silver or Bronze. 8 In Japan, three One Piece titles have been released for Wii. One Piece: Unlimited Cruise: Episode 2, released in April 2010, received a Gold ranking, while One Piece: Unlimited Cruise: Episode 1, released in February 2010, received a Silver ranking. These titles were subsequently sold as part of the Nintendo Recommends Selection. In Europe a different range of selected Wii titles is known as target=nintendo>Nintendo Selects.

Thank you very much. We’re always adding extra elements to the games right up to the last minute so that fans of the original will enjoy them more. This always causes a lot of trouble as we come so close to missing our deadline. But if this has led to us receiving these gold and silver recommendations, then I’m really pleased. 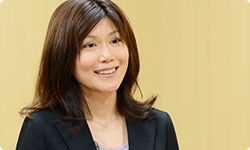 Editor’s note: This interview was originally published on 23rd May, 2011 on the Japanese Nintendo website. It features videos captured from the Japanese version of the game. In the UK & Ireland this game will be available in English.