6. Energetic Fellows and Twice the Work

Could you please explain a little about Raid Mode?

It’s a multiplayer mode for two people aside from the Campaign mode that is the main game. In Raid Mode, you enjoy the game together with a friend. It’s a completely different concept than in the main mode.

We had turned Resident Evil: The Mercenaries 3D into a product, so we started thinking of different bonus games, and as we were pondering the various possibilities, we looked at a nearby team and they were having a great time with a game called Monster Hunter.15 (laughs) We were gazing on in envy and the staff pulled it together nicely. 15Monster Hunter: The first game was a hunting action game released in 2004. The most recent game, Monster Hunter Tri G, was released in Japan in December 2011 for the Nintendo 3DS system.

But Raid Mode goes beyond the boundaries of a simple bonus game, doesn’t it?

There was a response among the development staff that games you can play together with others are fun, so we should make one. We got rid of elements unnecessary for multiple players and focused on a pure battle mode.

The next thing I noticed, it felt like we were making two games - the main game and a multiplayer one.

That was indeed the end result. (laughs) Actually, the people who were tuning Mercenaries worked on Raid Mode after it was complete. Since they were on their second round of development, they were able to churn out high volume at a fast pace. 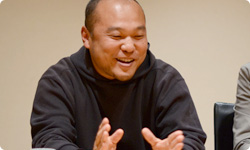 Today’s conversation always seems to lead to the conclusion that making Resident Evil: The Mercenaries 3D was a good thing.

The Campaign of the main game is single-player, the Raid Mode for battles is two-player, and we want people to take Resident Evil out into the streets with them. One game lasts about five to ten minutes, but focused sessions may even end in three seconds, so you can play in spare moments. It can be fun just going in and out of the shop until there’s a good assortment. (laughs)

Instead of just adding a bonus game, you could say you made one product out of a game you can thoroughly enjoy by yourself and one you can carry around and enjoy with your friends. 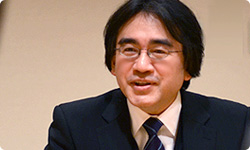 You can actually play Raid Mode even if you don’t finish the whole main game. In that way as well, I wanted it to do everything as a Resident Evil game for a portable gaming device.

Well...you’re a team of energetic guys who made the first fully-fledged Resident Evil game for a handheld. It’s dense and you did it in an unprecedented 11 months after release of the hardware. It’s the result of your refusal to let yourselves cut corners because it’s for a handheld. To finish up, I would like each of you to say something to the fans. Suzuki-san, would you please start?

Okay. Like we just discussed, we didn’t pay much attention to the fact that it was for a handheld. We just made a full-on Resident Evil game. As part of the game’s new essence, I tried to make music that would allow the players to immerse themselves in the game and to make tracks that would stick with them. I hope that as players enjoy the game they will pay attention to the music, but also to the sound effects. 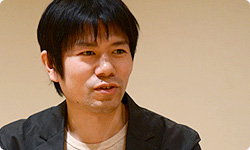 We tried to make graphics as if for a home console game rather than a handheld, so I hope people will enjoy that. And, when it came to Raid Mode, we fine-tuned it to just the right koshi - sorry, that’s our own in-house jargon - so please enjoy that. 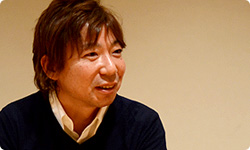 Like koshi as in the perfect texture of udon noodles. (laughs)

As I said today, everyone worked really hard, including a lot of people who aren’t here today, and this game is a result of that immense effort.

I would be so happy if everyone who buys it enjoys it. 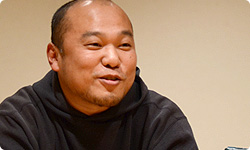 I’m sure that the fans who have loved Resident Evil so far will be able to enjoy it, but it also has the new element of being able to be carried around town, so I truly hope people will take it outside to play. 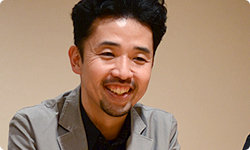 Thank you. And last, Kawata-san.

Maybe I shouldn’t say this, but looking at the finished game makes me think why we didn’t slap a number on the title!! It’s a true-as-can-be Resident Evil game from head to toe, so please enjoy it. 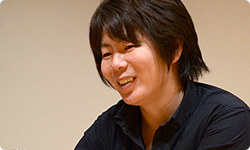 Alright, thank you. Now I have a sense of why this team was able to make such a dense game, with such a great volume, at such a high speed. It’s enthusiasm and working twice as much! (laughs)

And another thing was - to repeat myself - being able to interact with the public. Being able to indirectly converse with them was immensely important.

This game came together because you made good use of every presentation to watch the players’ reactions, listen to them and gather feedback.

Yes. Because of that, I had to ask the staff to create a playable version of the game each time which further added to their workload, but thanks to that, we were able to make it as we did. I hope everyone will try it out at least once.

It was fun hearing everything you had to say today. Thank you very much. 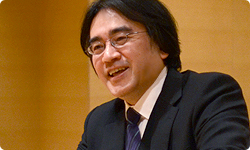