Okay. First, I hope that people who played Tales of the Abyss before will play it again on the Nintendo 3DS system. I think that since handheld game systems allow you to play games anytime, they are suited to RPGs in the first place.

You play handhelds by making use of small bits of time, so they’re good for long gameplay.

Especially for this time, I think players will discover new things that they never did on a home console when they play it on a totally new device. I think they will be able to experience a fresh feeling as the familiar cast of characters and story call forth new emotions on the Nintendo 3DS system. Even if they know the story, I hope players will enjoy how we changed the looks of Tales of the Abyss on Nintendo 3DS. Next, when it comes to those people who have played the Tales series but haven’t played Tales of the Abyss, it is the game we put the hardest work into, so I strongly hope they will try it out. This game was born in a convergence of miracles and coincidences.

What do you mean?

Several things we never imagined became reality. It came out for the tenth anniversary of the series, so everyone worked together. Usually, though, it wouldn’t have been possible to do what we did on that schedule and budget.

In a burst of activity, you pulled off something that wouldn’t normally come together easily. It would be a shame if someone who loves the Tales series didn’t experience it.

Yes. And Tales of the Abyss is the game in the series with the most distinctive elements, so you may be able to see a new side of the series. I think players will realise just how much they can do in the game. 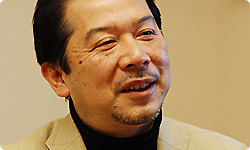 You want them to experience the greatest leeway in the series, offered by this game.

And finally, to people who have never played the series, I would like to mention as a reason for playing Tales of the Abyss on Nintendo 3DS, that until now this game has never appeared for another platform since its original launch. There were several talks about porting it in the past, but we turned them all down.

You didn’t want it to be just another straightforward port.

Exactly. We didn’t want to do it on any platform that wouldn’t offer a different style of play or another role. This time, we finally had the right environment for it. Tales of the Abyss isn’t exactly what you would call a classic Tales game, but it is the purest, so I hope people will play it as an entirely new game.

When you say that it is the purest, do you mean that because it has breadth even for a Tales game, it is - to put it another way - very representative of the Tales series, and achieves something the other games never attempted?

Yes. The biggest occurrence among the miracles and coincidences I mentioned earlier was having Bump of Chicken10 do the theme song. When we decided on the game’s theme, I really wanted them to do it, so I went uninvited to ask their record company. 10Bump of Chicken: A Japanese rock band.

But you had to be expecting them to turn you down.

Right. I was about 80% sure they would turn me down. But I spent about an hour explaining how they were perfect for the job, and their manager said, “Okay, now could I ask you to explain that to the four band members?” Usually you don’t meet with the artist until it’s all settled.

But doing it that way was important to them.

Yes. With regard to tie-ins, their manager couldn’t give the okay unless the band members themselves approved it, so I explained it once again to the band members and I felt that they understood where I was coming from. In the end they said, “OK, we’ll do that.” Within the Japanese music scene today, I believe Bump of Chicken isn’t so much considered to be a classic rock band, more that they are considered pure in the pursuit of their own music. I think that synced well with the game.

So the music, characters and story in Tales of the Abyss are all extremely pure. As you are playing, it draws out all kinds of emotions - awakening unpleasant feelings one moment, moving you the next. We’ve finally brought that to a handheld game system.

Perhaps the Nintendo 3DS system has allowed you to express the quality and present the distinctiveness of the Tales series that you have always wanted without holding back.

When people play it on the Nintendo 3DS system, I would like to see how they respond to the characters and how much more of an increased impact seeing it presented on Nintendo 3DS has.

Our job is to spread Nintendo 3DS so that can happen, so we intend to work hard at it. I’m glad that today I was able to make sense of a lot that I wasn’t before. Thank you. 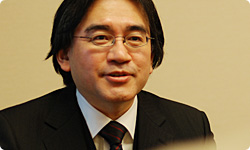