1. From Promotions to Producer

Yoshizumi-san, the producer of the Tales1 series, is here today from Namco Bandai Games2. Thank you for coming. 1Tales series: A series of RPG games whose titles begin with “Tales of”. 2Namco Bandai Games Inc.: The company formed in 2006 when Bandai Co., Ltd. merged with Namco Ltd. Headquarters: Shinagawa Ward, Tokyo. 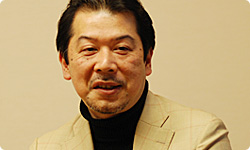 Thank you. I would imagine that everyone on the development staff is full of curiosity and feels as if they have got their hands on a new toy. I hope you will continue to experiment with it. (laughs) Something we always keep in mind when making new hardware is how it becomes incrementally difficult to generate fresh surprises with existing hardware as time passes. We developed the Nintendo 3DS system to release developers from any feeling of constraint.

It’s hard to make new hardware. But it looks so fun that I’m jealous! (laughs)

Yes, it is very rewarding work. We reflect the opinions that Nintendo’s software and hardware teams pass back and forth, and we listen to the software developers and include their thoughts as well. There’s something I would like to ask from our position as the hardware developer. What was your impression when you first saw the Nintendo 3DS system?

The first thing that I was interested in was the graphics. The moment I first laid eyes on it, I was stunned. My wish all these years developing games for the Nintendo DS system had suddenly been fulfilled.

I had heard reports that our Licensing department, which is in charge of contacting software developers, has received many comments to the effect that some games couldn’t be made for the Nintendo DS system because of graphics limitations, so we wanted to do something about that. And I think we did that with the Nintendo 3DS system. Based on the developers’ demands, we also prepared a ROM with lots of memory space so they can pack in the necessary graphics data.

That’s right. To the players, it’s simply a matter of which looks better graphically, home consoles or handhelds, regardless of the details of hardware performance.

Right. The developers’ circumstances don’t matter to the players.

Exactly. I’ve always been careful about that and felt sorry when we couldn’t give them more.

Now I’d like to ask about the Tales series. How many years has it been since it started?

It started in 1995, so that’s 16 years. It started on the Super Famicom system. Namco didn’t have many RPGs back then.

Namco started primarily in arcades, so while you had a lot of action and racing games, you didn’t have RPGs.

Right. I wasn’t involved with development back then. I was in charge of promotional activities, and I wanted to bring out an RPG as our own original brand. Then, 15 years ago, we released Tales of Phantasia4. It was actually done one year earlier, but it wasn’t any good, so we spent a year remaking it. 4Tales of Phantasia: An RPG released for the Super Famicom system in Japan in December 1995. The first game in the Tales series.

The first game had a precursor. What was the difference between the one you scrapped and the one you polished up a year later? 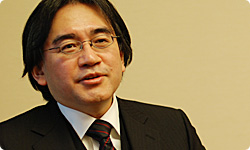 We increased the number of elements that you couldn’t find in any other game. When I re-examined the first one with my boss on the promotion team, we thought, “It doesn’t stand out from other RPGs.”

If you had released it as it was, the series might have never found its feet.

That’s right. We really dedicated ourselves to the first one and hammered it out together with the developers. In the end, it came out about the same time as Dragon Quest5 and didn’t sell that well, but those who bought it evaluated it highly and we ourselves thought we had made something good. And the strategy guide sold a lot. 5Dragon Quest: Dragon Quest VI: Realms of Revelation: Released for the Super Famicon system in December 1995. Re-released under the name Dragon Quest VI: Realms of Reverie for Nintendo DS in Europe in May 2011.

Hmm, that’s very interesting. A lot of people must have really gotten into that game.

Yes. The characters were solid, and the voice actors were out front to a level that you couldn’t find with other games back then, and it had a theme song. There was a big response to that.

It gained a reputation as a game with more talking and music in the small capacity of that ROM cartridge than any other game. Tales of Phantasia possessed an abundance that other games didn’t.

I suppose so. We decided to make another one, and I continue to be involved ever since.

Even though you didn’t sell as many copies of the first game as you had hoped, you decided to make another one. Was that because of the strong response and support from players?

Yes. The sales weren’t good, but there was plenty of evidence that it wasn’t a complete failure, so we decided to give it one more shot. The next time might have been an even bigger failure, but we began with a shared confidence that we could succeed. Everyone was young and maybe somewhat misguided, but as a result, we’ve been at it up until today! 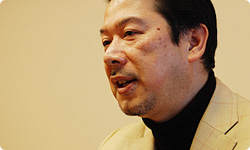 If you had given up there, it never would have become a series.

Probably not. In that case, I might have continued to work in promotion. The Tales series is what brought me to development. As I continued my promotion work, I gave instructions to development about what artists we could tie in with games or how we should sell them. Then one day, my boss said, “People who do those things are called producers!”

Oh, you didn’t just think about how to sell something once it was done, but rather you made things together with the developers with a mind toward selling them.

Yes. And then my boss said, “Just go ahead and do it!” I started doing everything - like development management and tie-ins - that development would usually take a lead in.

A producer’s job was to do everything that nobody else was, random chores included.

Those with get-up-and-go had to do it themselves.

The one who found work that needed doing was the one to do it. 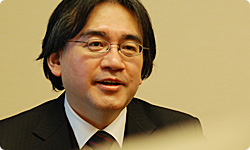 Yes. It’s that way now, too. Otherwise, you don’t make any progress. I was also in charge of directing the voice acting for a long time. Usually, the developers would go to the recording studio and offer opinions about how they wanted the lines read.

It won’t turn out right unless they adequately convey the background behind what they want to express.

That’s right. We were weak at that before, so everything was left to the voice director. I’d say, “Go on, offer instruction,” but no one would do it, so I started doing it myself on the sly. (laughs)

Was that when you were still in charge of promotion?

Yeah. The guy in charge of promotion was directing the voice talent! (laughs)

That is definitely development work.

Well, I didn’t think of it that way then. I just thought, “Someone’s got to do it, so it might as well be me!” Even now, when there are scenes requiring voice in anime or OVA (original video animation) for games from my days in charge of promotion, I go and watch even though I’m a producer now!