7. Finding Your Own Way To Play

Okay. I've got a few recommendations for advanced players. When you reach the final goal of a normal course, if you grab the goal pole at the highest point, you can get a 1-Up Mushroom.

Depending on the course, it may be hard even for people who are good players to grab the highest part of the pole.

All the courses are made so you can get one life, but a certain degree of technique is necessary. Depending on the course, you need to do a Triple Jump, or reveal a hidden block, jump up on it, and then jump for the pole. The way to get a life differs for each course, but the techniques for all the courses can be seen by watching the Super Guide we discussed earlier.

So even for good players there's a value to watching the demos.

Yeah. If there's a course you can't get that 1-Up Mushroom on, look it up in the Super Guide. And, aside from consecutively jumping on Bullet Bills like Mukao-san mentioned earlier, there are lots of other hints in the Super Skills movies. For example - and this is in the movie for World 3-5 - there's a course where you normally would use a lift to go up, but

Video: if four players cooperate together

Last is Asuke-san's recommendation.
if four players cooperate together , they can get to the goal without using the lift.
Iwata:

Video: Luigi in the middle

Last is Asuke-san's recommendation.
Luigi in the middle . When you actually try it out, it's a blast.
Iwata:

I bet the player getting passed around isn't so happy, though! (laughs)

When good players play together, they want to be mischievous to each other.

Skilled players and not-so-skilled players cooperating together can be interesting. But when only skilled players play together, it's fun in a different way. To someone who isn't so good, at first glance, he might have no idea what they're doing. 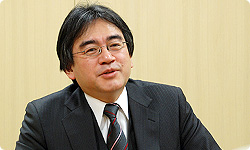 Yes. You can be mean when it comes to popping bubbles to return players to the game. For example, if someone is saying, "Help! Help!"

Video: you can just ignore them

Last is Asuke-san's recommendation.
you can just ignore them .
Iwata:

Ah ha ha! (laughs) Again, I bet the person in the bubble doesn't like that so much! (laughs)

But for a single player, that was never possible. With the multiplayer option this time, we've created types of gameplay that never existed before.

I think that's absolutely right. And, to bring up something regarding single-person play, you can, like Ikkaku-san mentioned earlier with regard to playing at top speed, make your own rules for single-person play as well as multiplayer mode and enjoy the game in a variety of ways. Like

Video: trying to make it to the goal without defeating a single enemy

Last is Asuke-san's recommendation.
trying to make it to the goal without defeating a single enemy . Even if you try to do something like that, before you know it, you'll accidentally step on an enemy.
Iwata:

In other words, it's fun to restrict yourself in certain ways.

That's right. When you create a rule restricting yourself, a new way of playing is born. I recommend

Video: trying to reach the goal without getting a single coin

Last is Asuke-san's recommendation.
trying to reach the goal without getting a single coin .
Iwata:

Ahh, that sounds difficult. You'd have to jump in between the coins.

Usually, if you just jump normally from platform to platform, you can get the coins.

We placed them so if you just jump naturally, you can get them.

That was part of your work, right? (laughs)

Yes. (laughs) Just jumping naturally and getting the coins with a ching-ching! is very satisfying.

But when you don't want to get coins, all kinds of ways of playing the game come into being. You wall jump and get by down below, or do a Triple Jump to go over, or jump off of enemies and try to find a new route. When you're able to do something like that, you want to brag, "Hey, look at what I can do!" I hope everyone will try playing like that.

With either the single-player mode or multiplayer mode, there are so many different ways to play New Super Mario Bros. Wii. In order to find out what they are, you can watch the Super Skills movies, or discover them on your own.

Lastly, please say a few words to the fans. Shall we start with you, Uchida-san?

I'm not very good at video games. I think it's unique about this software that when people who are good and people who aren't so good play together, it gets really fun. The game strikes a good balance that way.

You can go into a bubble and be carried along, and even when Mario's turns run out, you want players to have fun making all kinds of sounds.

Yes. So if you're not very good at games, get some people to play together with you! 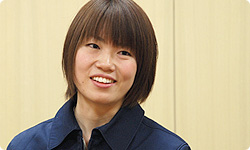 I'll have been in the company nine years this year. Soon after entering the company, I had the chance to hear some remarks by Miyamoto-san. What made an impression on me at that time was what he said about Mario Kart. He said, "Of course competitive games are fun, but it's got to be fun for a single player, too!" That really struck home with me. So this time, with New Super Mario Bros. Wii, we pursued enjoyment for a single player. It's plenty of fun for a single player, and when you play it together with others, it gets even more fun. I hope everyone enjoys it in a variety of ways, alone or with others. 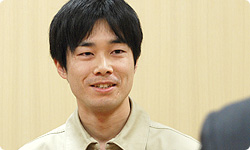 When I was in the fourth grade, I played Super Mario Bros. on the NES for the first time, and was amazed.

It's weird that someone who was once amazed by the game as a player went on 25 years later to make New Super Mario Bros. Wii.

That's right. I'll vividly remember what I felt at that time forever. In making New Super Mario Bros. Wii, I had a desire to convey that excitement to today's children and people playing video games for the first time. Guys like Miyamoto-san, Tezuka-san and Nakago-san who worked on the original Super Mario Bros. and staff members like me who played and were amazed by that game when we were children all mixed together and infused this game with our passions, so I hope people of all generations will enjoy it. 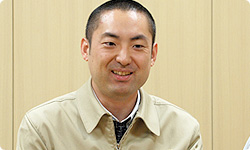 Yes. This time, as I worked on the game, I wanted mums and dads who had until now just watched their children play games to play themselves. Since New Super Mario Bros. Wii went on sale, I've heard a lot of people talk about how at first they held back and said, "No, I don't need to play," but then when they tried it out, thought, "Oh wow, I can do it, too!" So this time I hope people who have been unacquainted with video games will try it and enjoy it. When you can't clear something no matter how hard you try, if you use the Super Guide you'll be able to move forward, and then you're sure to realise that you, too, can enjoy one of the supposedly difficult Mario action games. I think players will experience the greatest pleasure when they think, "I've gotten good at this!" So I would be overjoyed if players roped in as many other players as possible and they all enjoyed the game with smiles on their faces. 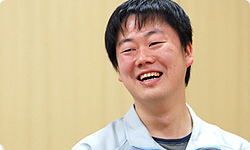 Okay, now me. Until recently, there have been lots of games that are interesting for people who share the same skill level. I think in New Super Mario Bros. Wii you have made a game that can be enjoyed by everyone as a whole even if they possess varying degrees of skill. I think that is very interesting. I've been hoping for something like this for a long time. It's gratifying to realise that we truly have given players a game that they can play like that. So, if there are people who think that playing with others won't be fun unless they're all at the same skill level, I would like them to play this game together, because it doesn't matter if everyone has the same skill or not. Thank you for your time today, everyone. 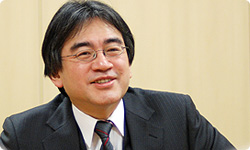