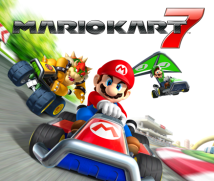 Especially when this game is played by not using gyro controls, Mario Kart 7 has received the blessing of 3D incredibly naturally. I think it is the game that can be accepted that way most easily. The development staff of Super Mario 3D Land22 said Iwata Asks: SUPER MARIO 3D LAND Why do you think Mario Kart 7 is so compatible with 3D? 22 Super Mario 3D Land: A 3D action game released for the Nintendo 3DS system on November 13, 2011. It is the latest game in the Super Mario series.

It’s because your line of sight is fixed. The surrounding scenery slides past like in the real world, so it feels natural. And it was a good thing that we adjusted each individual aspect, making sure it didn’t jump out too much or that there wasn’t too much disparity.

Yabuki-san worked really hard on adjustments, so nothing seemed unusual to me in 3D. And perhaps it doesn’t blur because the player is looking just a little ahead of the kart.

That’s right. You can easily imagine ahead of time where the player will look. It may be outside your area of expertise, but what do you think, Nagata-san?

I think there are two types of players. People who say they’re controlling a character and people who become the character. I’m the type who becomes the character, so when I get hit by a shell, I say, “Ouch!” (laughs)

In your head, you’re riding in that kart.

Yeah, I’m right there in it. I play like that, so I play in a natural way.

The first game that I experimented with in stereoscopic 3D on the Nintendo 3DS system was Mario Kart Wii.

Oh, that’s right. You refit Mario Kart Wii and hooked it up to the 3D LCD.

My first impression of it was really good. At that time, I was already certain that we could pull off Mario Kart in 3D. When they’re driving in the same direction all the time, the players look at the kart and glance ahead, so the perspective conditions were good.

Thank you. Soon it will find its way into the hands of the players, so to end this session, if there is anything you want to convey to them, I would like each of you to do so now. Let’s start with you, Nagata-san.

I wonder if it’s really alright to enjoy work this much! (laughs) To be honest, as I played, I hardly felt like I was working at all! 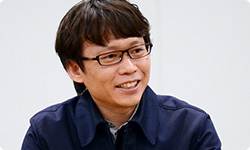 Is that so? (laughs) When you were testing the Wi-Fi communication function in-house, I got to join, and it was really fun.

We got too excited, and people even got mad, saying, “Keep it down, would you?!” (laughs) When we were debugging, the other sound staff would come to peek in, like they wanted to play as soon as possible. It really was fun, so I hope everyone gets it soon and has a great time with it.

I want people to pay attention to the 60 FPS and eight-person matches. Everyone on the staff worked hard to achieve that. Usually, you wouldn’t notice, but… 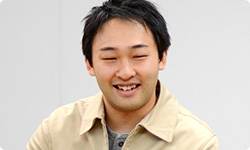 To the players, it’s just a matter of course.

Yeah. Ideally, I hope people will play what we worked so hard to achieve and feel how good it feels to play.

And we want them to share cool custom part combinations with everyone.

Yeah. I’m proud of how when magazines introduce the game, it mentions how the game supports all the Nintendo 3DS system’s communicative functions. (laughs) And I forgot to mention something with regard to Download Play. For Mario Kart: Super Circuit23, even if you had the software, you had to take it out once in order to receive game data from the player hosting the race. That was too bad, since you actually had the game! Ever since Mario Kart DS24, people who had the game could leave it in and play with all the characters. People who don’t have the game can only choose Shy Guy, though. And with the Nintendo 3DS system, Download Play is available for all the courses, so please invite lots of people who don’t have the software to play with you. 23 Mario Kart: Super Circuit: A racing game released for the Game Boy Advance system in July 2001 in Japan. 24 Mario Kart DS: An action-racing game released for the Nintendo DS system in December 2005 in Japan.

With this game, any mix of people who have and don’t have the game can play, so it is the ultimate communication tool. Yabuki-san, how about you?

Well, first of all, I want people to get it. I also hope people will invite others and play together. The series has always focused on playing with others, and we haven’t compromised on that this time. I would be happy if you invite your friends who are nearby, whether one or many. I think that’s how to get the most out of Mario Kart. 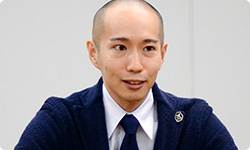 Well…we finished development and Mario Kart 7 can go on sale. I’m so thankful for the encouraging email and letters we receive from people around the world. We’ve received loads! While we can’t reply to those messages, we hope to reply through the final game. Once again, we made something that everyone can enjoy, so please enjoy the new Mario Kart! 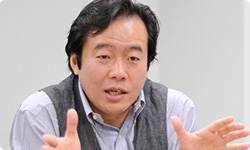 My impression is that a lot of elements have been packed into Mario Kart 7 so that it’s fun to play with others, but I also feel like - for the first time in the series - you don’t feel alone even when you play alone. You’ve achieved a feeling of not being alone even when you play alone. This series has always placed importance on how fun it is when played with others, but I really feel as if you have achieved a new incarnation of that. That’s something we wanted to do with the Nintendo 3DS system and something Konno-san has always done, and it connected well with what Yabuki-san had in mind. I hope that even when you play alone, you will enjoy it with the realisation that you are playing with others. And, of course, I would be happy if you have a great time actually playing in the company of others and enjoy Mario Kart 7 to the fullest. Thank you for today, everyone. 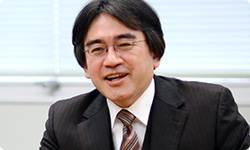