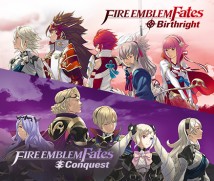 So, while the previous game, Awakening, got good reviews from many places, some people weren’t satisfied with the storyline.

That’s right. The gameplay and the graphics were highly reviewed, but some people said they wished we had gone a step further with the storyline.

With Awakening, by changing the tone of the storyline, we were able to get positive reviews from new players of the series. But on the other hand, the story felt lacking to those fans who were with us from previous games, as they wanted a deeper and more complex story line.

We took all those opinions to heart, and started to prepare to make the next storyline one that everyone would be satisfied with. But then we ended up deciding to make three at once.

You didn’t stop with simply raising the quality of the storyline. You ended up having to write three storylines. That’s a lot of work.

That’s right. It’s hard enough to make three games, but it would be impossible to do three storylines in-office. So we started thinking about whether there was someone we could outsource the story to. We looked in the game industry, but we couldn’t find someone we wanted. So we started to wonder if we could find someone outside of the game industry, who had done good work writing storylines in other industries, like publishing or movies. And all of a sudden Maeda-san said, “What about Shin Kibayashi-san?”

That’s right. I said to the staff, “There’s a man called Shin Kibayashi”, and at first everyone was silent.

They couldn’t connect the author with his work.

But I don’t think many people in Japan have made it to adulthood without encountering any of Kibayashi-san’s work.

That’s right. Some people said, Kibayashi-san… you mean Captain Kibayashi from MMR22? He’s a real person?” (laughs)22. MMR: MMR Mystery Magazine Chousa Han. A Japanese manga series that ran irregularly in Weekly Shonen Magazine from 1990 to 1999. The manga’s protagonist was the MMR, aka Magazine Mystery Chousa Han, a group made up of editors for Weekly Shonen Magazine, who got together to solve paranormal cases. The members of the MMR were modelled on real-life editors, and the leader Kibayashi was modelled on Shin Kibayashi. The character of Kibayashi has an IQ of 170, can speak three languages, and connects all paranormal phenomenon to the destruction of humanity and the predictions of Nostradamus.

They actually did model the character on me. (laughs) 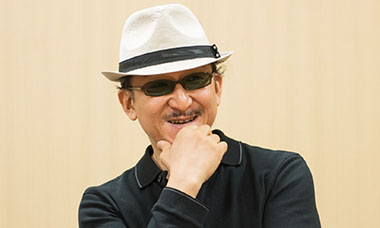 And Kibayashi-san has so many pen names, which he uses for different work. For example, he wrote Kindaichi Case Files under the name Seimaru Amagi.

(whispering) There it is. (laughs)

Everyone was really surprised, like “He’s super-famous!” And the director, Maeda-san, was really firm about wanting to work with Kibayashi-san. I wanted to do something about it, but there was one thing that worried me…

I had no idea how to go about meeting with Kibayashi-san.

He’s not part of the game industry, and he’s busy with serials, so it wouldn’t be easy to contact him.

So I asked a lot of people how I might get in touch with Kibayashi-san, but I couldn’t figure out how to do it. I was at a loss, but then Kozaki-san, who did the illustrations for this project…

Right. I was having a meeting with Kozaki-san, and I said, “I want to get in touch with this really famous writer, but I can’t find a connection”. And Kozaki-san said “Is the writer you’re talking about, Kibayashi-san?”

He knew who it was. (laughs)

Right. I was shocked because he guessed right away. And then Kozaki-san said, “I may be able to get in touch with Kibayashi-san through my editor.”

It turns out that Kozaki-san and I work with the same editor.

It was a godsend. So I asked Kozaki-san on the spot to connect us. He said, "Kibayashi-san is really busy, so there’s a 90% chance that he’ll turn us down.”

And then we were able to meet with him in December 2012.

We met at a family restaurant. (laughs)

We met in the middle of work. I had a meeting with my publisher at their office so we met at a nearby restaurant before my meeting.

Then, Maeda and I were at the restaurant, our teeth chattering…

You were really nervous. (laughs)

First, Maeda-san gave me the proposal, and his hands shook as he handed it to me. I wondered, “Is this guy okay?” (laughs)

Maeda-san writes scenarios himself, so he was especially nervous.

Kibayashi-san is like a god to me. So I was like, “I’m sitting in front of God!” (laughs) 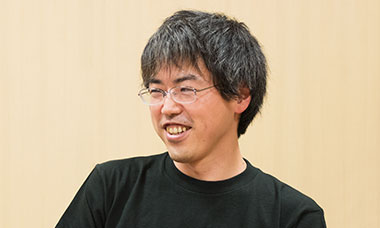 He must have felt like he was in presence of a higher being. It sounds like there was text running through Maeda-san’s head at that moment, like “A god has descended upon me!!!”25 (laughs)25. A god has descended upon me: A god descends. Often used in comments on Internet message boards and videos to describe the descent of people considered to have superb or god-like skills.

Earlier, Maeda-san said there was only a 10% chance.

So why did you meet with them?

Well, my editor had acted as a go-between and I wanted to be sure he came off well. And at the time, I was working on four or five serials, and there were a lot of projects I was preparing. But when I told my editor “I’ll meet with them, but schedule-wise it’s impossible for me to take this job”, he said, “That’s okay, just meet with them.” So I decided to meet with them. And then they were so nervous…

When I asked them “Why did you decide to ask me?” and I was shocked to hear that Maeda-san had read or watched most of my work.

Right. So I thought that this meeting might be something very meaningful. I thought, “I can’t answer until I’ve played one of the games”, so I told them that I would reserve judgement until I’d played their game. I then received two copies of Awakening but, of course, I still planned on turning them down. (laughs)